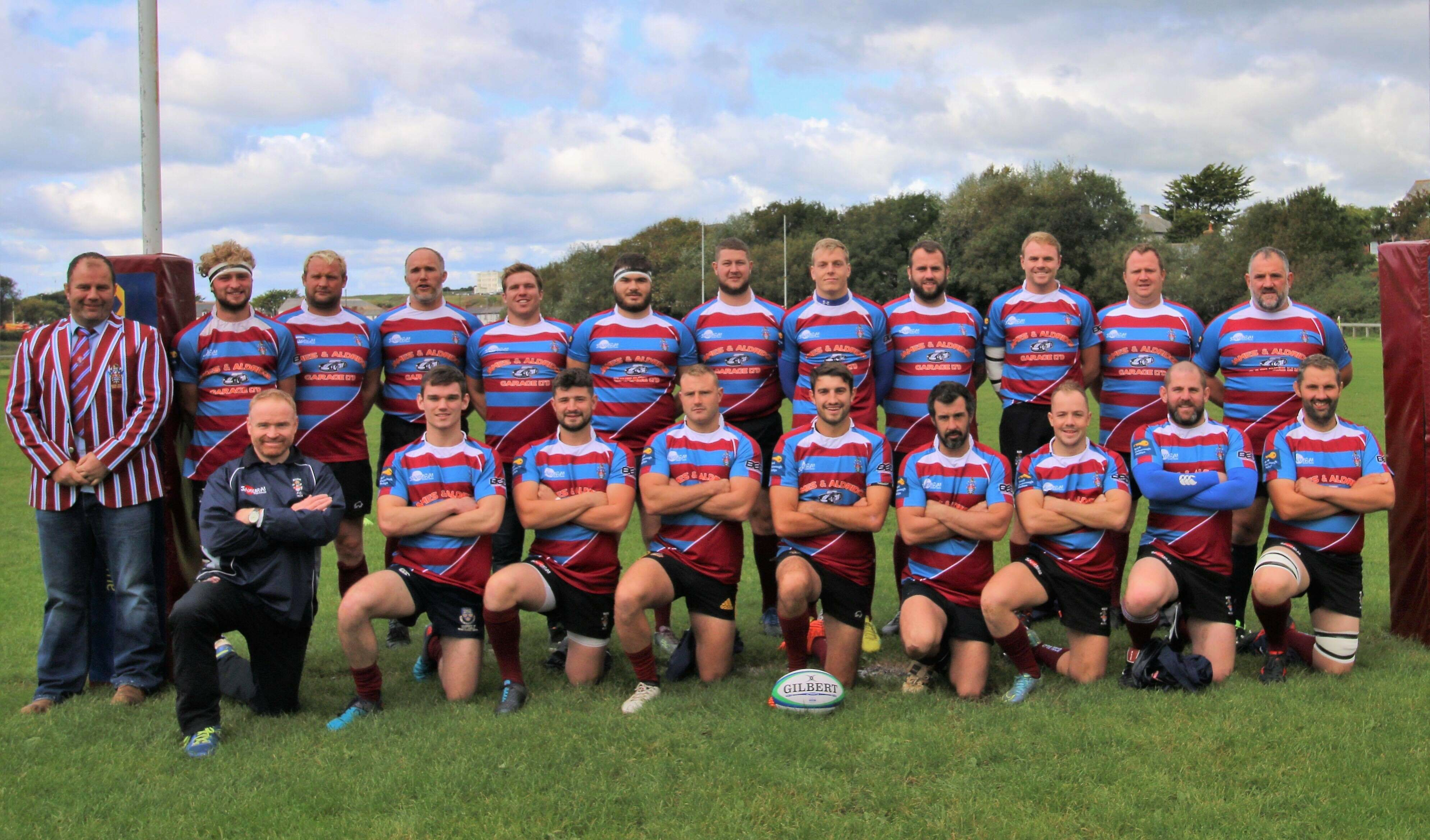 BUDE moved to the top of the Tribute Cornwall and Devon League after a resounding 43-0 victory over a depleted Plymouth Argaum at Bencoolen Meadow on Saturday.

The visitors arrived in North Cornwall with plenty of players missing and at kick-off time only had a bare 15 due to traffic problems.

Despite the circumstances, Angus Hodges’ men never let them off the hook, scoring seven tries in a dominant performance.

As usual, Bude are much stronger at home and named a near full-strength side although scrum-half Olly Mounce had to be replaced after injuring himself at work. He was replaced by youngster Will Pharo, who has recently returned to the club from Bideford.

It took the hosts just seven minutes to score the first try with the returning Ed Hilliam-Cooke heavily involved.

After some good work by number eight Joe Wilson, Hilliam-Cooke received the ball close to the halfway line and went on a surge — breaking through a couple of tackles in the process.

As he was about to be tackled some 20 metres out, he offloaded to man-of-the-match Finley Fry, who ran in to score.

Bude’s set-piece was in fine form as usual and it created the second try on 24 minutes.

Argaum had a scrum five metres from their own line. However, they were pushed back at a rapid rate, allowing Wilson to pick the ball up and crash over. This time Olly Denford converted.

Ten minutes later it was 17-0 as hooker Jason Bolt touched down following a 20-metre driving maul.

Pharo crowned his return to the club with a try right on half-time as he sniped his way down the blindside from a metre out after another dominant scrum. Denford converted for a 24-0 half-time lead.

Hodges left the field after feeling unwell but the second-half was a case of how many points they could muster.

Wilson grabbed his second from a five-metre scrum on 50 minutes and five minutes later Denford converted Bolt’s try to make it 36-0 after the former Launceston man surged in from 20 metres.

With 25 minutes remaining it looked as if Bude could run up 60 points or more. However they added just one further try as replacement flanker Joel Troke picked up a loose ball and ran 40 metres down the left-wing. Denford nailed his fourth conversion from seven attempts.

The last 13 minutes saw no real drama as Bude failed to add to their tally.

Hodges believes that the visitors were there for the taking but was quick to switch his focus towards the trip to former leaders Plymstock Albion Oaks on Saturday (2.15pm), who were thrashed 48-12 at Honiton.

Hodges said: “It was a bit of a frustrating one but I can’t complain with the score. We closed them down well and our defence was strong so I can’t ask for much more but we needed to link together better.

“I don’t think we attacked the right areas of the pitch enough at the right time and we could have opened them up a lot more if we realised where the space was. But like I said, the score was good.

“Now we need to have a hard week’s training and use Saturday as a springboard. We’re now top by one point and that seems to have fired the boys up, so there’s no excuse now for us not to train well.

“I’m really looking forward to the build-up which will probably be our toughest game yet. They’re a Navy-based team. Their players can fluctuate a lot but at the moment they have some good quality ball handlers, especially in the midfield.

“We need to try and shut off their backs and front up in the forwards and arm wrestle them off the pitch.”