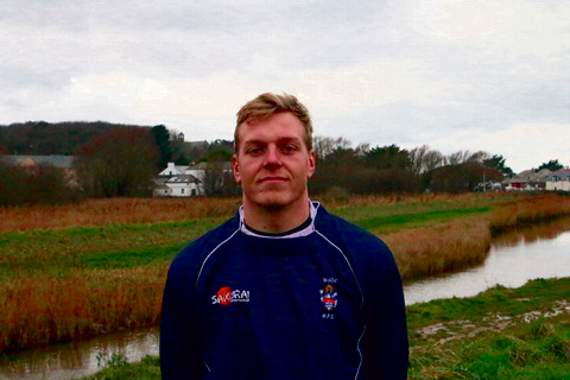 BUDE’s excellent recent away form in the league continued on Saturday as they won 78-3 at struggling Withycombe in the Cornwall and Devon League.

The Cornishmen headed to east Devon desperate to bounce back from their disappointing 60-12 defeat to Wadebridge Camels in the Cornwall Cup and ran in twelve tries to maintain third spot.

Player/coach Angus Hodges had a number of players back in the fold from the side that handsomely beat much-fancied Honiton in their last league fixture and it paid dividends.

Despite failing to score in the opening ten minutes, it didn’t take long Bude to grab their first try.

Left-winger Jack Horwell was the beneficiary of some tidy hands which allowed him to exploit the space to run in from 20 metres. The try was converted by skipper Olly Denford.

The majority of Bude’s tries come through their much-vaunted pack, but with plenty of space out wide, it was Horwell’s fellow winger Rory Hodges who scored six minutes later after an excellent offload by Denford.

Withycombe did grab their only score of the day on 20 minutes through Adam Ykhlef’s penalty but that was as good as it got.

Bude went 19-3 up on 25 minutes when they were awarded a penalty try when scrum-half Dave Richards kicked the ball out of the scrum before the ball was over the line. Richards then spent ten minutes in the sin-bin for his efforts.

There was time for one more try before the interval as Angus Hodges grabbed the first of his quadruple.

After Withycombe over-committed to a ruck, the ball was played out to the inside-centre who exploited some space after the home defender went too far over. Again Denford converted and Bude had a 26-3 half-time lead.

It took seven minutes of the second period for the visitors to grab their fifth try and it came in simple fashion.

A driving maul was from a lineout ended with Finley Fry dotting down.

Once that try was scored the heavens opened as they ran a further seven tries in 26 minutes.

First, Kieran Sharp had the simplest task of scoring from a metre out after Rory Hodges was tackled short of the line after a 30-metre run before Rory Hodges finally grabbed his second when a good move resulted in Angus Hodges offloading to his brother to run in from ten metres out.

From here on in it became the Angus Hodges and Kieran Sharp show as they added the last five tries between them.

Bude went 52-3 up on the hour when Hodges scored in a carbon copy of his first — exploiting too much space from ten metres out.

On 62 minutes Sharp grabbed his second. Bude ran a backs move from their own ten-metre line which resulted in a fine run from Denford.

As he charged down the field and the winger and full-back came across, he passed to Sharp some 30 metres out, leaving him the easiest of run-ins.

Four minutes later Hodges grabbed his treble. A good move down the left allowed Denford to run clear with Horwell and Hodges either side of him.

He chose the latter who had the easiest of tasks to score. Denford converted again to make it 66-3.

The rest of the game was about whether Bude could stop Withycombe from scoring or whether Sharp could grab his hat-trick.

Sharp managed it with ten minutes to go when he showed admirable strength to roll his way over despite being tackled on the line.

The final word went to Hodges in bizarre circumstances.

Hodges failed to gather scrum-half Olly Mounce’s pass. However he knocked it forward onto an opposing player, caught it and broke through while everyone else was wondering what’s going on. After running 30 metres, he then chipped it over full-back Joe Staley and won the foot race to score his 12th try of the season.

The rest of the match was played out with ease as Bude won by 75 points.

Reflecting on the game, player/coach Angus Hodges, said: “After last season, where our first game was at Withycombe and we found it very difficult, we thought it’d be a very tough, but they didn’t get a look in.

“What was nice was only a couple of tries came through the forwards, everything else was through the backs which was really nice to see as we’re a bit of a forward-orientated team.

“It was nice to show the depth to our squad and the versatility in our style. So overall I was super happy and hopefully we can take this forward.

The Bencoolen Meadow outfit are on the road again this week when they make the trip to Lux Park to take on Liskeard/Looe, who were winners of the Tribute Cornwall League last season.

Looking ahead to the game, Hodges said: “They’re currently ninth and a couple of points better off than Withycombe so I don’t really know what to expect. But we’ll look after ourselves and build on our structures. The first ten minutes on Saturday we weren’t quite clinical enough and made too many mistakes so it would be nice to implement our structure earlier and not take so long to get into it.”