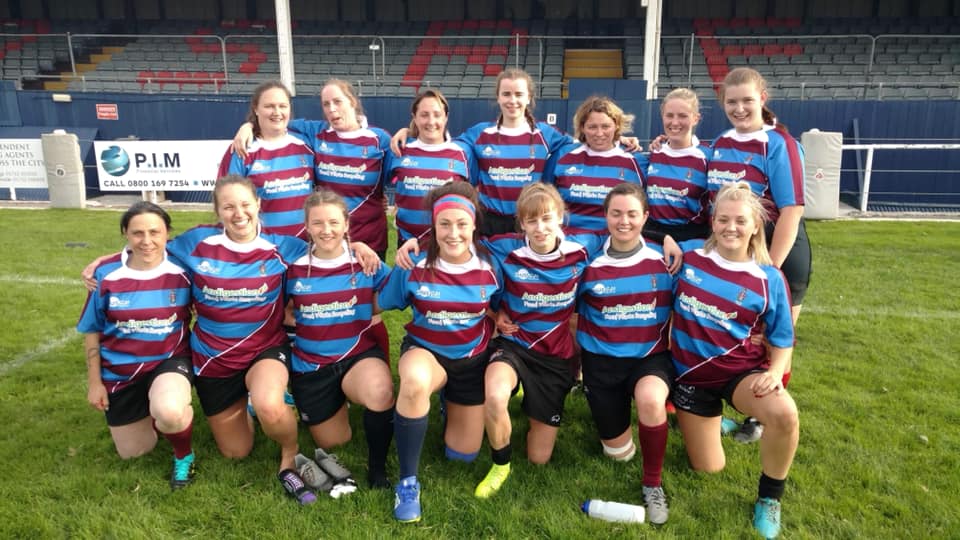 BUDE Ladies picked up their first ever league victory on Sunday as they eased to a 38-8 victory at Devonport Services despite having to contest most of the game with just 13 players.

Travelling to Plymouth for their first away fixture since joining the league and only having 14 players to start the game due to previous commitments and work duties, Bude Ladies could easily have felt intimidated climbing the stairs up on to the impressive main pitch.

Surrounded by the grandstands and a small but hearty home crowd, the game started and within a minute the home team scored an excellent try through their wingers.

Already at a disadvantage, things couldn’t have looked worse.

But while waiting for the unconverted kick to take place, the ladies where reminded about their patterns, shape and asked to stick to the original plan.

At the first scrum of the match, Bude easily pushed Devonport back causing a unfortunate collapse which left Hannah Pickard unable to continue due to a neck strain.

Now down to 13 v 15, the ladies dug deep, stayed calm and ended up looking like a team who had been playing together for several seasons as they produced some wonderful rugby. And building confidently, tries soon started raining through the autumn sunshine as they cruised into a 21-8 lead at the break.

Starting the second-half after some sage words from inside-centre Vinnie James, the ladies played on in the same fashion, strong ball carrying, straight line running, hard tackling and keeping their heads saw the scoreboard keep rolling.

A recurring ankle problem meant that Steph Prior had to sit out much of the second-half.

Despite the three-lady disadvantge, Bude ramped up the pressure even more, finishing with 17 unanswered points for the second half and 38-8 victorious on the day.

Frankie Perry scored a hat-trick of tries while Prior, Lisa Honey, Nicole Rowland and Emma Stefanotti also managed to cross.

Coach Les Cushing said: “This was an important game for the ladies, for the first time they played with true belief in each other, stuck to the plan and got the result they wanted. Don’t let the final score flatter the team, this was a tough encounter with some thrilling rugby played by both teams, which leaves Bude second in the league standings.”

Bude’s next match is a rematch with Plymstock Albion Oaks who beat them 50-12 on the opening day.

That match is scheduled for Sunday, October 21.